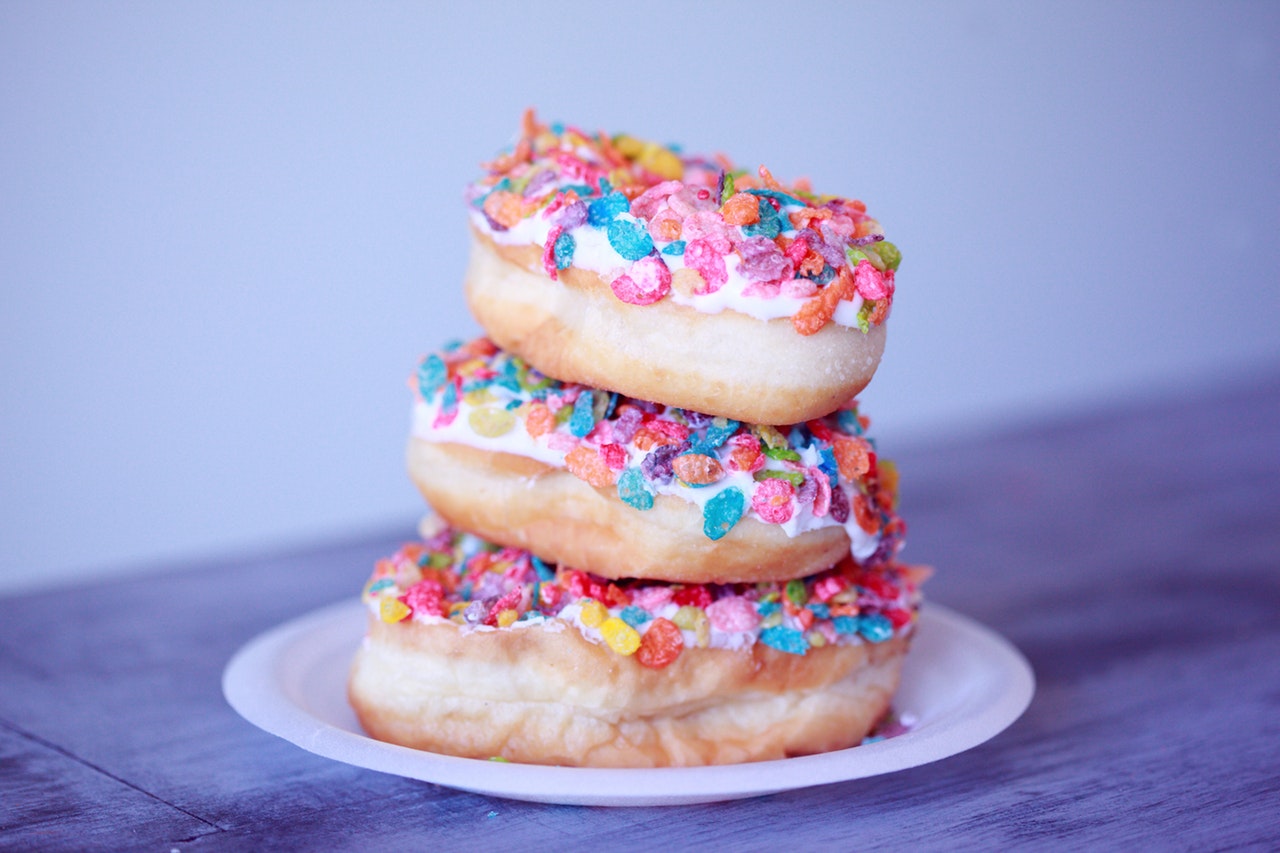 As a child, I was taught that sugar is essential to brain function. I believed that I wouldn’t get good grades unless I consumed lots of sugar. As an adult, when I began to learn about healthy eating, I was shocked to discover how wrong I was. I realized that I was a sugar addict from childhood. It is very hard to overcome the sugar addiction. I am still working on it.

Sugar wasn’t always a common pantry item. Until the middle of the 18th century, sugar was a luxury. Sugar farming was so profitable that plantation owners referred to sugar as “white gold”.

Even if we don’t add sugar to our diets, it sneaks up in the form of processed foods. Most food companies disguise sugar on food labels by giving it many different names. Check out Sugarstacks.com to visualize the amounts of sugar hidden in different foods. It is surprising, but might help to break the sugar addiction!

To reduce sugar consumption, many people have turned to artificial sweeteners such as aspartame, sucralose, saccharin, neotame, etc. The bad news is that artificial sweeteners are far worse than sugar! Ironically, people consuming “diet” soda end up putting on more weight than people drinking “regular” soda.

What about fruit? Fruits can contain lots of sugar in the form of fructose, but they are also loaded with nutrients that are important for our health. Fruits contain fiber, vitamins, minerals, antioxidants, and phytonutrients. If given the choice between cake or fruit, definitely go for fruit!

The best way to prevent overconsumption of sugar is to eat whole foods and stay away from anything that has been processed. I know that it is very hard to do these days, but we can definitely reduce the amount of processed stuff that we eat. When craving something sweet, reach for a juicy fruit!

Close Menu
We use cookies on our website to give you the most relevant experience by remembering your preferences and repeat visits. By clicking “Accept All”, you consent to the use of ALL the cookies. However, you may visit "Cookie Settings" to provide a controlled consent.
Cookie SettingsAccept All
Manage consent

This website uses cookies to improve your experience while you navigate through the website. Out of these, the cookies that are categorized as necessary are stored on your browser as they are essential for the working of basic functionalities of the website. We also use third-party cookies that help us analyze and understand how you use this website. These cookies will be stored in your browser only with your consent. You also have the option to opt-out of these cookies. But opting out of some of these cookies may affect your browsing experience.
Necessary Always Enabled

Any cookies that may not be particularly necessary for the website to function and is used specifically to collect user personal data via analytics, ads, other embedded contents are termed as non-necessary cookies. It is mandatory to procure user consent prior to running these cookies on your website.